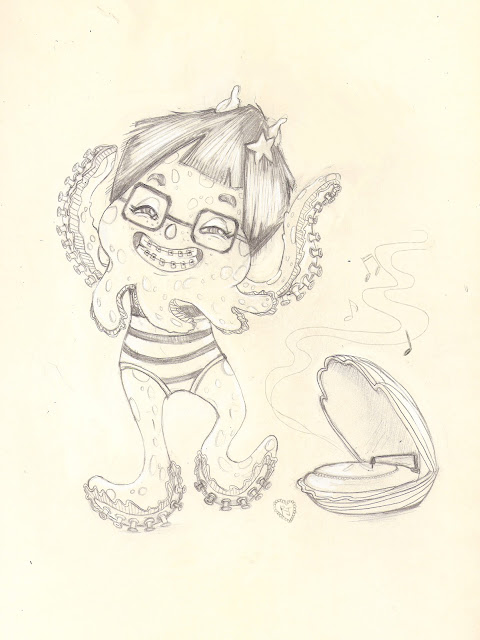 DAY 8: OCTOMAID
I wanted a little more variation and playfulness in the octomaid bc it was more obvious to do an ursula approach. 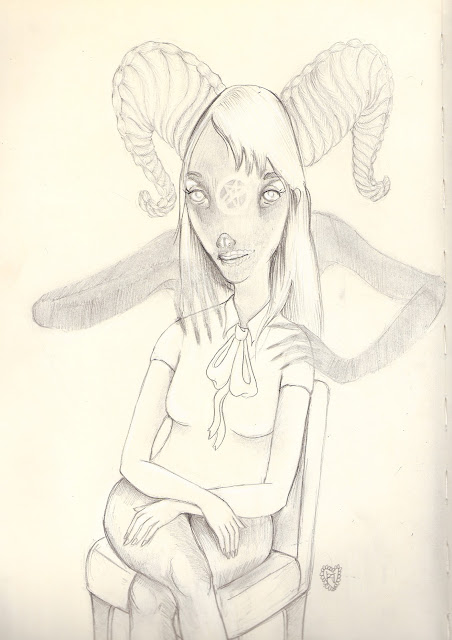 DAY 9: DEMON
This I think is my favorite so far in a more design sense :) 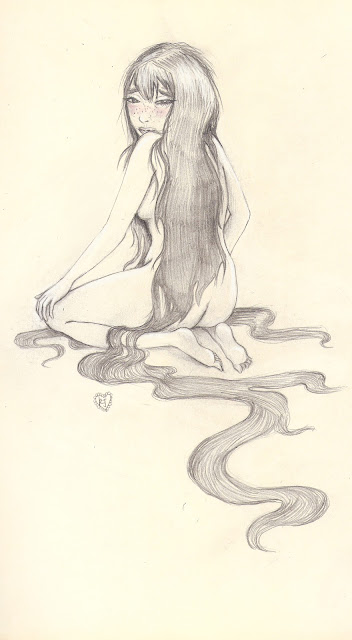 DAY 10: SUCCUBUS
I went for a more innocent approach, I figured it was better than the more gaudy attempt or raunchy design that involved intercourse.

Posted by rhodora jacob at 2:29 AM No comments:

ART! I realized I never posted these! 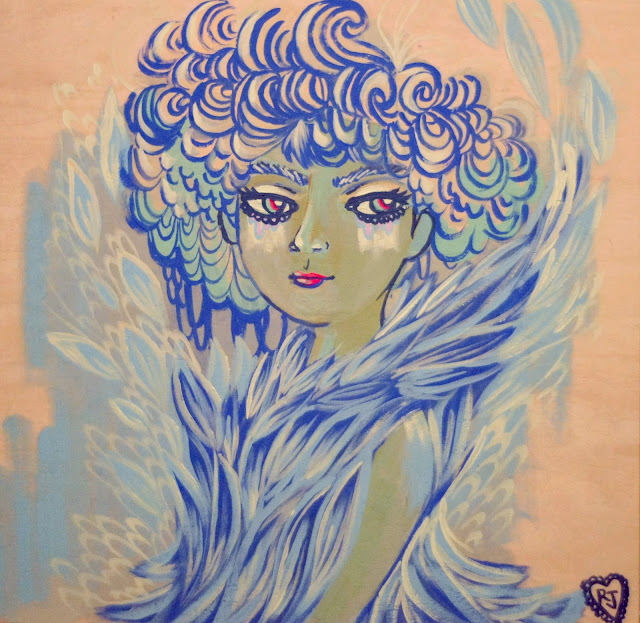 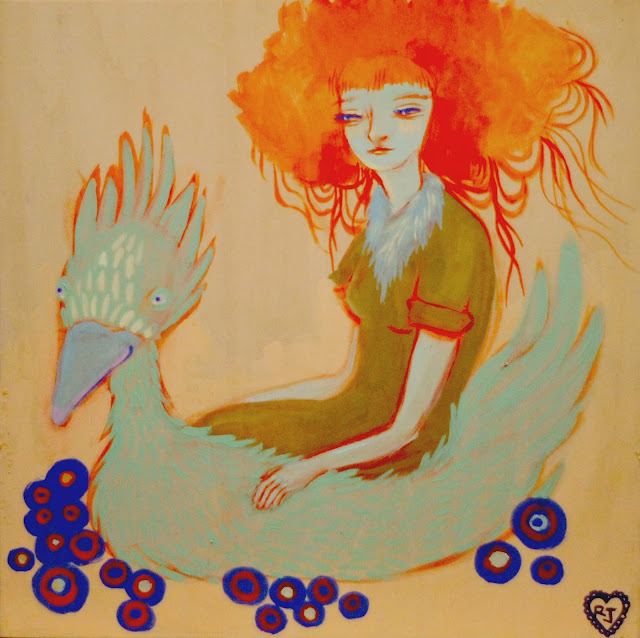 I donated these pieces to a friend of mine for a fundraiser to help promote art and the creativity! My close friend Callie Carlin hosted this event.

The Puget Sound Campus Center of the International Interior Design Association (IIDA) would like to invite you join us for our annual Community Give Back event. This year, we take the principle of “community” and put it into practice.http://www.facebook.com/events/338476416191140/
Posted by rhodora jacob at 11:48 PM No comments:

DAY 7: PLANT GIRL
This is a seperate post I am doing bc plant girl in particular has been something I tend to draw often, here is a little back history. I kind of figured I take you through a little tour of what I have record of.

2001 I was highly infatuated with Gustav Klimt from the day I first saw a
painting by him, I was also very influenced by him. I made a painting of two women one emerging from the ground and one decaying into the ground, I never documented this but once I find it,  I shall!!


2006: A sketch I did of a tree made of women, also influenced by Gustav Klimt, but I started using my own textures. 2007: A comic exercise where we took an existing comic cover and created an image that was completely unrelated. I believe I started honing in on my own style around this time. Becoming more infatuated with textures! So this is around the beginning of my metamorphosis. 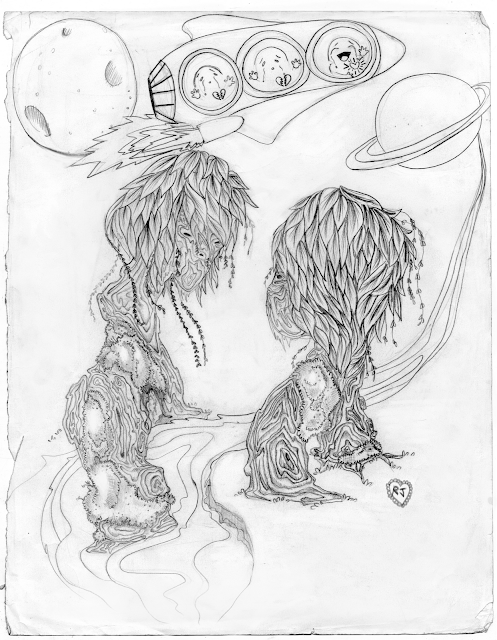 2008: A concept from an art exhibit I was creating. Women trees with long necks! 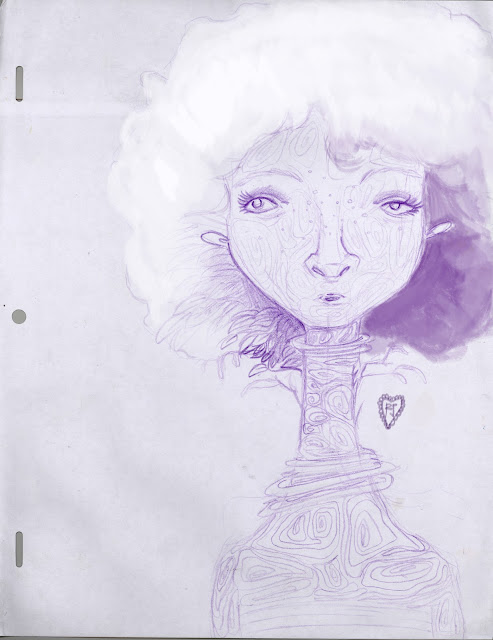 2009: A coworker and I at Utrecht would sketch during down time. Paul Merkercher would draw character concepts and I would soop them up with my texturing skills!! As you can see I  started getting better with variation in my textures :). 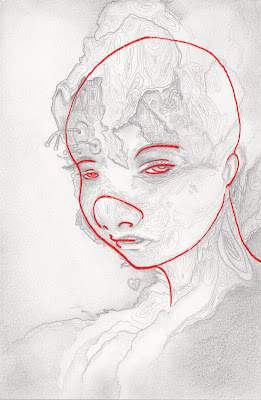 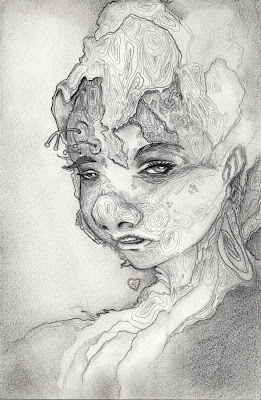 On the left: Paul's line work in red. On the right: What I came up with from basic sketch. 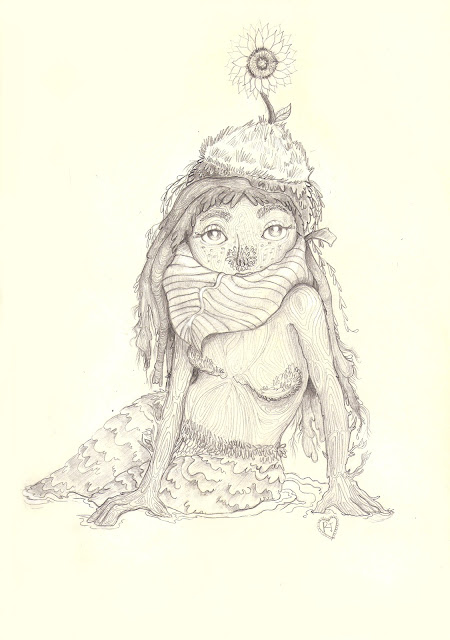 Posted by rhodora jacob at 11:58 AM No comments: 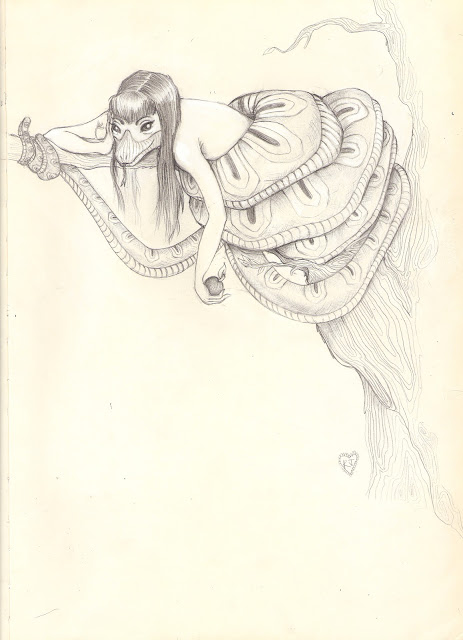 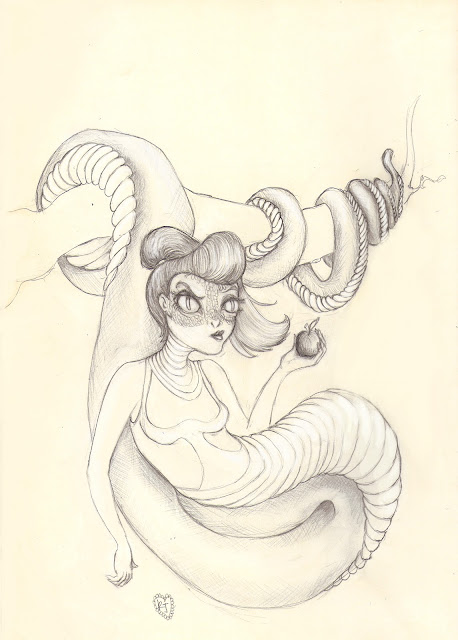 DAY 4: NAGA
Couldn't decide on one so I made two. 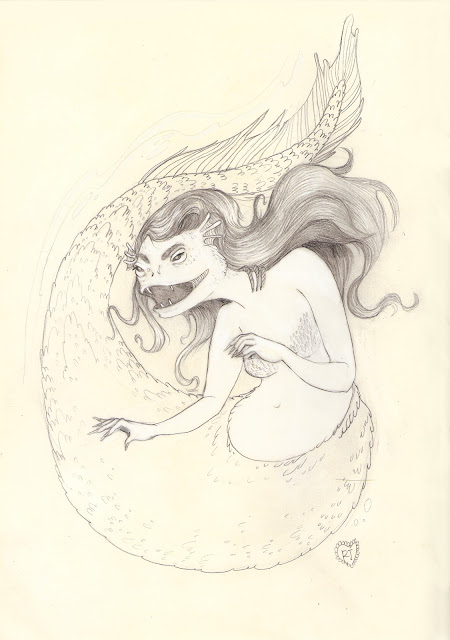 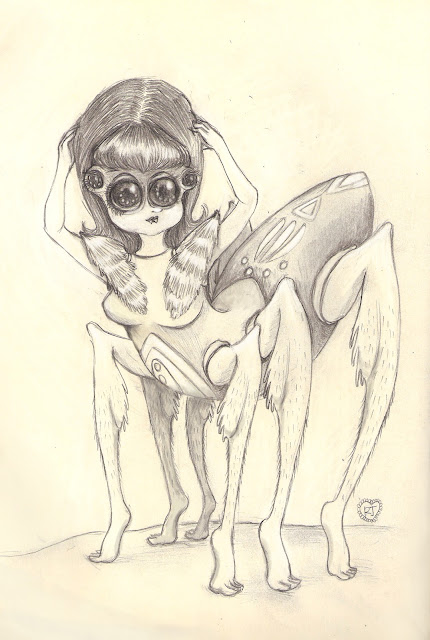 DAY 6: SPIDEY GUUURRRLLL FREN!
Posted by rhodora jacob at 11:12 AM No comments: